Joined the Falcons in 2002 as a display pilot, leader in 2005, director in 2012 and presently he is the Director of Operations – Leader of the Royal Jordanian Falcons Aerobatic Team. 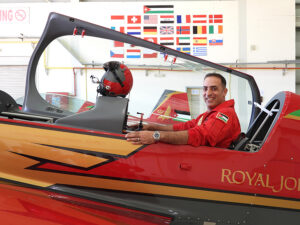